A few thoughts about photographic categorisation.

Photojournalism. The term can send shivers down the spine of photographers, critics and judges who all seem to furrow their brows and suck in their lips when asked to explain this category of photography. I agree, it isn’t an easy one. Last year when I re-subscribed to the National Union of Journalists,as a freelance photographer looking to concentrate on news, I had the option of selecting “Photographer” or “Photojournalist” for my Press Card. Oooh. That was a tricky one. What am I? Do I really have to choose one or the other? A new thought process began. Here’s why.

I recently received the email invites again to enter the  International Loupe Awards (along with about 27 other international awards out there for you to consider) and I flicked through some of my more interesting assignments to see what I might have. I’ve entered the awards before and I like them and this is in no way meant to be a criticism of their category classifications. With my recent work I’ve done a few interesting press assignments and loved the results. They aren’t war photography images, not a tragedy or a famine, not even a story of poverty or social need. The impact from a social conscience point of view would be fairly low. Great news value though, touching images. I figured that would be “press and photojournalism”. Hmm. Not sure if they qualify for the “Photojournalism” category though. They need to be classed as “Story Telling” or “Documentary” and are “true candid moments where the subjects are not posed or directed”. Well, with one particular shoot an elderly lady was being interviewed by a journalist and I was hanging back shooting on a long lens, capturing the lady’s expressions, her tale being told, through her eyes, her brow, her voice, her hands, her whole body. There was a lot of emotion there and I have it in some of the images. However, when she greeted me at the door when I arrived, she asked if I’d like her to sit anywhere particular. I suggested in the living room, which was nicely lit, near the window, perhaps on the chaise, however she felt comfortable. Damn. I have just posed her. I have now constructed an image. Does this rule it out? What I captured were raw emotions, they were candid. Don’t get me started on Robert Capa or Robert Doisneau! 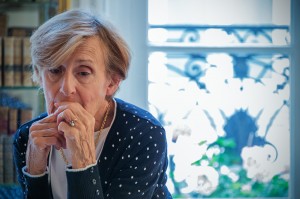 To quote the Walkley Foundation, “Nikon-Walkley Awards for Excellence in Photojournalism. Together with major sponsor Nikon, The Walkley Foundation celebrates the best in press photography each year.” Have a look at the fantastic posed images of some of the subjects. Brilliant, dynamic, story telling, “posed”. I searched through the criteria and there is nothing at all about whether an image is posed or directed, or not. It’s press photography, it tells a story through visual imagery, it reports, like a reporter, but with images and not words. Documentary photography documents, Photojournalism tells a story. Again, in no way a criticism, merely observation

I recently went and checked out PhotoQuai in Paris on Quai Branly, the garden and the Musée. It’s a fantastic outdoor exhibition over a large area with really nice reproduction. Well done to all involved. It also brings to the public, for free, “the unpublished works of 40 non-European photographers. This year, all the images presented relate to the human figure: landscapes, objects, fashion or architecture appear in the form of elements that accompany the human being”. Not too deep at all really. I loved the exhibition as a whole but, here comes my rant, why were the majority of the human representations so sad and dour looking? I went back and checked again a week later and sure enough, there are plenty of interesting smiley faces but the majority of the depictions showed the human form with that deadpan face, no emotion, mostly deep and generally sad looking or emotionless. Is this just the sentiment that the photojournalist or artist was trying to illustrate? Do they feel they can see in to the eyes of the person and capture the depth of their souls if they aren’t smiling? “Don’t smile please, I want to capture the real you”. Um…well, hello, I’m a generally happy person. I found it a bit depressing. I love the way art stimulates conversation and debate and that it is subjective but can’t happy photographs have as much impact? The fantastic Photoquai exposition in Paris.

The best definition I have come across for the difference between a photographer and a photojournalist is written by photojournalist Mark M. Hancock. His opinion is that “photographers take pictures of nouns (people, places and things). Photojournalists capture “verbs”. You have to think about it and he does go in to a lot more explanation than I have reproduced here but I find it a good explanation.

I take photos of things that happen, and then hand them to the press for the press to report to the world. Do I construct the scene or connect with the subject matter. Hmm, it depends. If you mean choosing an angle where the light might work to the benefit of the impact of the image, and choosing a position that makes the image composition complimentary…and my editor happy…well, then yeah. Do I connect with the subject, the person of interest? Again, that depends. It if is a portrait and I need to pose them for editorial, then obviously yes. If I am a fly on the wall trying to only record what happens and they see me, meet my eye, does that mean they respond, react, and perform differently? Have I been compromised, will their story be different knowing I am recording it for the world to see? Do you know what? I think it will be.

By the way, I registered as a Photojournalist.

Des Harris is a professional photographer. He has worked in the photographic industry since he was 16, in Ireland, Australia and France. He is now based in Paris freelancing in portraiture, corporate, press photography, teaching and…photojournalism!